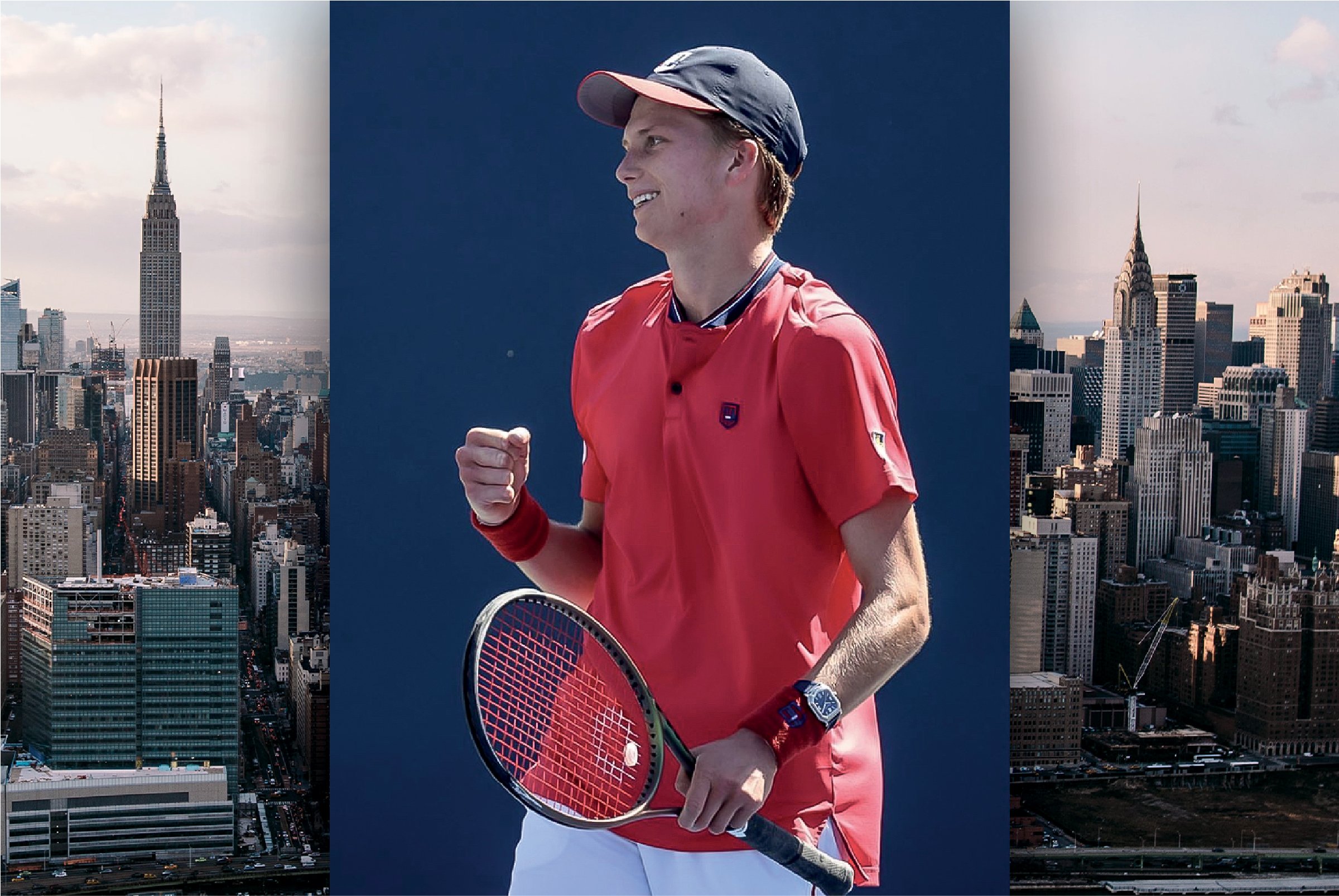 Yesterday, Thursday 1st of September, the hugely talented young American tennis star and Gerald Charles friend of the brand continued his run at the US Open and earned a spot in the 3rd round by defeating No. 25 seed Borna Coric 6-4, 7-6 (10), 6-1. Throughout the match, the world No. 43 tennis player wore the Gerald Charles GC Sport on his wrist. Gerald Charles is very proud to have Jenson Brooksby into the Gerald Charles family.

“It’s an enormous honor to work with Jenson, and on behalf of the whole Gerald Charles family, I offer him and his team our sincerest congratulations,” says Federico Ziviani, Gerald Charles General Manager. “These are early days in our partnership, and also in Jenson’s exciting career. We have no doubt this will be the first of many wins for him, and look forward to develo- ping further watches with him in the future.”

Last year, the Maison invited Jenson to help develop the GC Sport and to test it in real-world conditions, on a tennis court. As a result of his feedback, the innovative GC Sport, which is based on Monsieur Genta’s Maestro case, has been casted in lightweight Grade 5 titanium and features the screw-down crown on the left side. The ultra-thin watch, designed to be ergono- mic and supremely comfortable, is just 8mm thick and yet in keeping with the Gerald Charles standard is water-resistant to 100 metres. Inside it is the GCA3002 Manufacture automatic movement, developed in partnership between Gerald Charles’s in-house engineers and the specialist high-end Swiss movement creator Vaucher Fleurier. This highly accurate, robust movement required little adjustment for the GC Sport, despite the demands placed on it during a professional tennis match.

“It’s such a beautiful design and so striking, but honestly, when I’m wearing the GC Sport during a match, I don’t even notice it’s there,” says Jenson. “The ergonomics are fantastic, and on its rubber strap, it’s super lightweight, too.

Named after the British Formula 1 World Champion Jenson Button, Jenson was born in California and first hit a tennis ball aged 4. Having qualified for the US Open in 2019 where he claimed his first tour-level win, he was sidelined by injury for 14 months. He recovered and turned pro in 2021, going on to be named ATP Newcomer of the Year by his fellow players in his debut full season.